Tawassul of the Jews of Khaibar

The 89th âyat al-karîma of Sûrat al-Baqara is one of the âyats which reveals that it is permissible to have recourse to and ask intercession of Allâhu ta’âlâ’s beloved servants, and first of all, the master of prophets, Muhammad (’alaihi ’s-salâm). The ’ulamâ’ of hadîth unanimously report that this âyat karîma descended for the Jews of Khaibar. These Jews were in war with the Asad and Ghatfân tribes during the Jahiliyya Ages. They prayed, “Oh our Rabb! Help us for the right of the Prophet You will send in the Last Age!” while they fought, and they won victories by making an intermediary of the last Prophet. But when Rasûlullâh (sallAllâhu ta’âlâ ’alaihi wa sallam) came and proclaimed Islam, they envied and persisted in disbelieving him.   ...’Abdullâh ibn ’Abbâs related that the Jews of Khaibar used to fight with the Arab unbelievers called Ghatfân during the Jâhiliyya Ages and were always defeated. After they prayed begging, ‘Oh our Rabb! Help us for the sake of Your beloved Prophet whom You promised us You would send in the last Age,’ they became victorious over the Ghatfân unbelievers. But they did not believe Muhammad (’alaihi ’s-salâm) when Allâhu ta’âlâ sent him as the Prophet. They became unbelievers. Allâhu ta’âlâ states this fact in the [above-mentioned] âyat al-karîma. 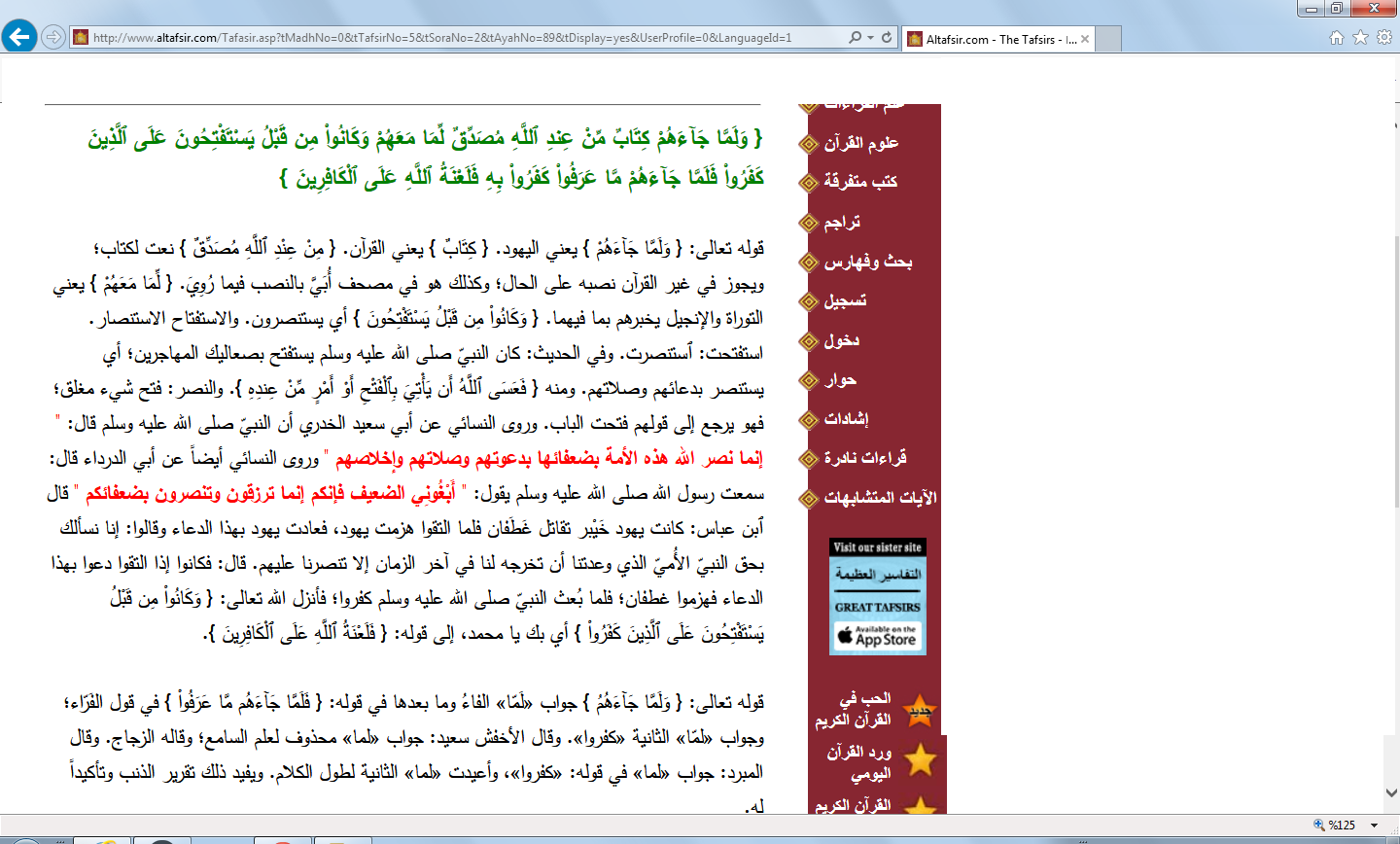